Plant a tree in memory of Darren
An environmentally-friendly option 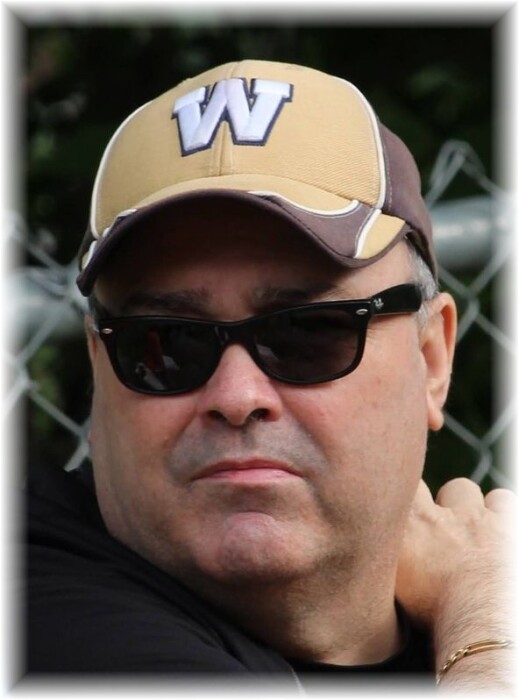 It is with heavy hearts we announce the passing of Darren Edward Greengrass, devoted husband, son, father, and grandfather at the Grace Hospital on April 21, 2021, from complications of Covid-19.

Left to cherish his memory is his loving wife Barbara, his mother Gertrude, and his two grandsons Garrett Hurst and Austin Naskrent, who were the centre of his world.  Also left to cherish his memories are many extended family members and life-long friends.  Darren also had a special place in his heart for his god-son Saverio Gelardi and his “Colorado Avalanche Buddy” Dwayne Gelardi and his sister-in-law, Dale Leclerc.  Everyone who met Darren always commented on what a great guy he was.  Darren was always honored by his great-nephews, who often referred to him only as “Uncle D”.

Darren was given a true gift in 2013 when his cousin, Denise Taylor donated a kidney and gave him a chance at a better life.  That was not a gift he easily forgot and always said she was his angel.

Darren was predeceased by his father Edward George Greengrass in 2001, his grandmother Peggy Wilson in 2007, and his beloved daughter, Destiny in 2017 as well as other extended family members including his godmother Bev Managh in 2019.

Darren grew up in Fort Rouge and played #68 on the Churchill Bulldogs, of which he was very proud to have won a championship.  The void he has left in our lives shall never be replaced.  He was truly a treasure beyond compare.

Due to the current restrictions, there will be no service at this time but the family would like to schedule a celebration of Darren’s life when the restrictions are lifted.  Until then, be sure to include your own celebration of his life by raising a glass to Darren – until we meet again!

Plant a tree in memory of Darren by clicking here.
To send flowers to Darren's family, please visit our floral store.

A service summary is not available

Plant a tree in memory of Darren
An environmentally-friendly option

Plant a tree in memory of Darren

7 trees planted in memory of Darren

Darren will remain in our hearts forever. Our deepest condolences to you during this difficult time. Sent with lots of love.
Denise & Jason Taylor

The most heartfelt condolences to all of the family and many friend. Proud to honor a fellow BULLDOG
From #50  77- 80.
Plus previous owner of a CLASSIC ROUGE CRUSIER 69 red Sport Satellite.
On behalf of the Martinson Family and fellow teammates and ALL BULLDOGS.
"PRIDE AND TRADITION"
I WILL INCLUDE IN PRAYERS AND LIGHT A CANDLE.

We are thinking of you during this difficult time
Roland Lamontagne

A Memorial Tree was ordered in memory of Darren Edward Greengrass by Roland Lamontagne .  Plant a Tree

Dear Barb, my most heartfelt sympathies to you and your family for Daren’s passing. Although time has passed, the memories of the laughs and good times we shared still bring a smile.

Barb we just heard about Darren.  We also add our condolences to you and all who loved him and trust you will find comfort and peace in Jesus.  We don't understand, we just trust.   God Bless.

Plant a tree in memory of Darren