Share a memory
Obituary & Services
Tribute Wall
Read more about the life story of John and share your memory.

It is with great sadness that we announce the passing of our father and grandfather, John.

He leaves to mourn, his son Gary (Kelly) and grandchildren Trevor and Karly. John was predeceased by his parents, Albert and Anna; his wife of 56 years, Marge in 2012; and all of his brothers and sisters, Mike, Frank, Kasmir, Joe, Sophie and Jean.

John grew up on a farm near Tyndall, Manitoba. There he met Marge Kazina and they were married in 1956. A few years later their son was born, and the family moved to Winnipeg. While working at Canada Packers, he completed his education and became a power engineer. The larger portion of his power engineering career was spent with the Freshwater Fish Marketing Corporation until his retirement.

John and Marge spent much of their retirement at the cottage at Lee River where fishing was a favourite pastime. They also enjoyed travelling, playing cards with friends, and spending as much time as possible with their cherished grandchildren.

As per John’s wishes, cremation has taken place. A service and interment will take place when the weather is warmer.

To send flowers to the family or plant a tree in memory of John Komadowski, please visit our floral store. 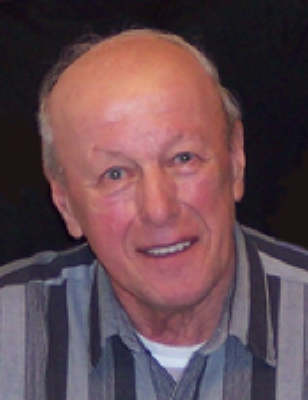 Family and friends are coming together online to create a special keepsake. Every memory left on the online obituary will be automatically included in the book.

You can still show your support by sending flowers directly to the family, or by planting a memorial tree in the memory of John Komadowski
SHARE OBITUARY
© 2023 Korban Funeral Chapel. All Rights Reserved. Funeral Home website by CFS & TA | Terms of Use | Privacy Policy | Accessibility