Wake vs. Viewing vs. Funeral: What's The Difference?

The number of terms you’ll hear for ceremonies to honour a person who has passed away can be a bit overwhelming. What’s the difference between a wake and a viewing? How do they differ from a funeral? We’re here to explain the differences, so you know exactly what each ceremony is for: 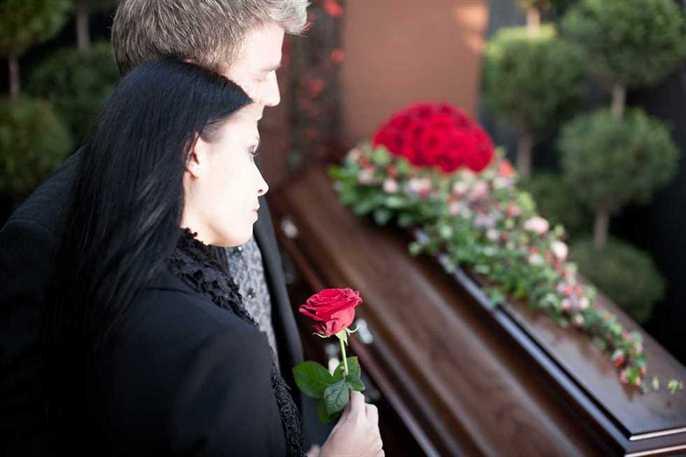 Funerals are the formal gathering in which people say goodbye to the deceased. Funerals are distinct from memorial services in that they also include a burial. There are several different rituals, aesthetic choices, and possibilities when it comes to funerals - far too many to list in this article.

When attending a funeral, it’s important to take cues from the family, and the obituary. Most funerals still require formal dress (though not all). When you’re not sure what to expect, err toward formal attitude and attire - better to be wrong about that and show respect than to be underdressed and stand out.

Viewings are typically a smaller affair than funerals, and they take place before the funeral. Viewings can last for less than a day, or they can last for several days in a row. They occur after the deceased has been prepared by a mortician. A cremation urn may be present instead, if the deceased was cremated.

The dress for viewings is generally formal, but choices like this vary from family to family. Viewings may take place in a funeral home, though they’ll sometimes occur in the home of the deceased or their family. Unlike a funeral, it’s not expected that you stay for the entire viewing - as mentioned, viewings sometimes last for days. Be sure to speak with the family of the deceased, and spend some time remembering their life with the other people at the viewing.

Wakes are very similar to viewings - the main difference in Canada is that wakes tend to be more religious. More specifically, wakes are a Catholic tradition, so if you go to a Catholic wake you can expect a priest to be there saying prayers. Wakes are more likely to be in the deceased’s home, unlike funerals.

Some families have a tradition of holding wakes that could be described as more festive than others. At these wakes, food and drink are served in abundance, and while mourning occurs, there’s a considerable amount of celebration, too. The thing is, you don't know what kind of a wake it’s going to be until you get there. Don’t expect a party. Go to the wake expecting nothing more than to remember the life of the deceased, and go with the flow. Formal dress is still appropriate, here, unless you’re told otherwise.

Our funeral homes in Winnipeg are here for you no matter how you want to honour your loved ones. We can help you plan and host viewings, wakes, memorial services, and/or funerals. Should you have any more questions about the differences between them, don’t hesitate to contact us. Too many people make the mistake of only learning about funeral traditions when someone passes away - it’s much better to become well-informed before then.